New York City inspires. Despite an often badly stereotyped reputation, New Yorkers deserve at least one major credit: they possess an unequaled level of cultural sophistication among Americans. My visit to the Museum of Modern Art clearly illustrates this observation. The collections at the museum are incredible. It is shockingly full of world-famous masterpieces, one after the other after the other. These works are invariably in all the publications about modern art because of their importance in quality and groundbreaking invention.

I was at the museum on a Friday afternoon, and it was packed with people. People were lining up in four rows to view the Van Gogh's, I stood waiting for my turn to get in front of the Gustav Klimt's. I was constantly shifting my focus from the art treasures on the walls to the show of people filling the halls and could't decide which was more interesting. In Texas it would take a major football game to attract such a crowd, in New York, as many people simply enjoy good art. Bravo! 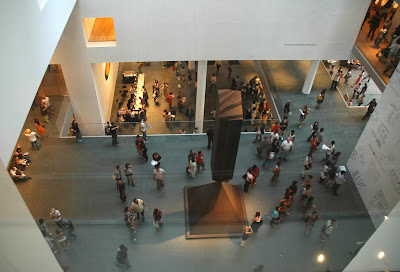 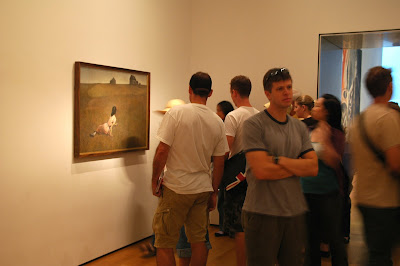 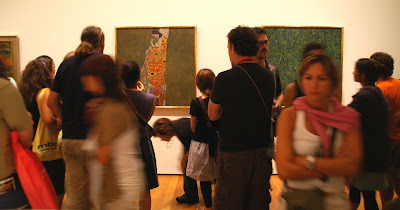 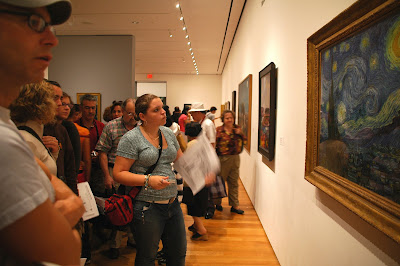 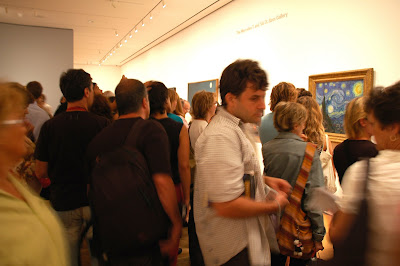 I think that every city have a place special for art...including cities like temuco, here in chile, the normal people it know to appreciate the good art... sorry for my badly inglish...