I mentioned my mother's blogging activity in a previous post (May 27 2007). She writes her stories in the Flemish language. Here follows an English translation of one of them.

It is Saturday and the weather is beautiful. Mama is taking Monique with her to buy groceries. Monique in the pousette (stroller), pushed by mama, who is proud as a peacock. Monique is an extraordinary beautiful child, causing comments from many passing by. Someone mentioned she should be entered in a beauty contest for children. Knowing mama, that won’t happen... but she is proud nevertheless.
They just left the house, when I noticed a book on the table while going through the middle room. Mama forgot to take it with her. The book is not ours, someone had lent it to mama. She had told me not to open it, that it was for grown-ups only.
I pause and look at the cover. It shows a photograph of a concentration camp. An iron fence with big rolls of barbed wire. Hands like claws that try to grasp the world outside. I forget the prohibition. Page after page sucks up my emotions, by the pictures that witness unhuman acts, by people, struck on people. Bodies in bags, striped bags..... with numbers....hopeless creatures, dark sunken eyes. Skeletons with skin still on them. Thin legs that can no longer support the hollow emaciated bodies.
I see photos of people digging graves. I see huge graves filled with meatless bodies, crisscross and haphazardly dumped. Mass grave after mass grave, hundreds of worthless creatures, robbed of all honor by men in black uniforms; deprived of everything that was worthy of the definition human.
Shaved heads with deep listless eyes, the begging hands raised in a prayer for food. A meager peel of a potato, a turnip or a carrot can possibly grant them a day longer in their hopeless existence. Long rows of women and children lined up to enter what looks like a row of barns...the gas chambers. Thick black smoke billows out of the chimney above.
Pictures of torture rooms. I can see the torture devices in the pictures. Mechanical apparatus to stretch human bodies, to hang upside down for days, ....
Photographs of prisoners being freed... gathering in little groups. They survived hell and can not believe it. They have forgotten how it feels to be happy. They can not smile... not yet.
I close the book and go sit down away from it. It is not necessary to open the book once more. The images that I saw are burned in my mind forever. I will never forget them.
I can not find sleep that night....I think about the people in the pictures....mama was right, it was a book for grown-ups.

It is always much more challenging for me to paint small paintings. Small paintings certainly have a charm even as they may take as long to complete as a much larger one.
Wide open fields or prairies have a special attraction for me because they offer an unobstructed view of the big sky hovering above. The horizontal band of flat land contrasts well with the playful forms of clouds, vapor, or just plain air. Usually that translates best on a large format, but here is a small painting that turned out quite attractive. 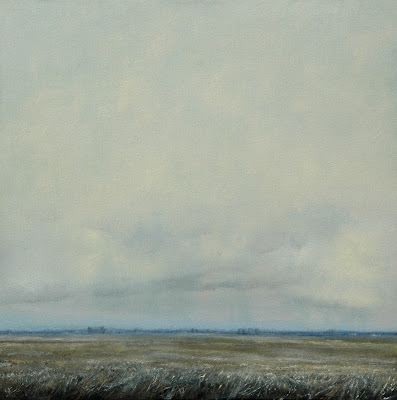 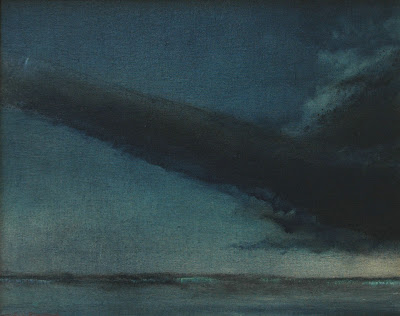 
I have no clue how to make decent pictures of paintings because no matter what I try, the result is always troubled by some degree of disappointment. I have used different cameras with different lenses, all kinds of ways of lighting (artificial and natural), most possible exposure settings, etc. Nevertheless my pictures of paintings always are out of focus, show the effects of glare, are too dark, and/or any combination of all of that. If anyone knows how to do it correctly, how to make professional quality prints of paintings + does not mind sharing the secret, please contact me. 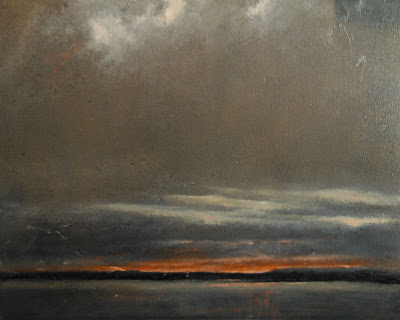 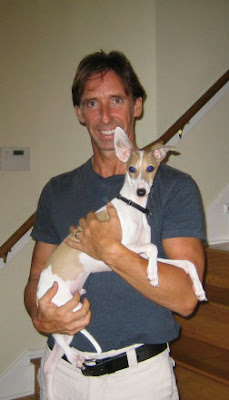 It is a pleasure to introduce my new studio assistant, Paolo, a 4 month old Italian Greyhound. He will be my companion and advisor, reminding me of taking an occasional break from work during the day to go outside and smell the flowers together.
We picked him up at his mom's home yesterday and now I have my hands full teaching him the basic rules and who is boss of our household.... me of course.
He comes from a reputable breeder, right here in Austin. Layle Griffioen is serious about her breeding program and ambitious in showing her dogs.
Making a selection from this litter was difficult because his brother and sister were equally cute but in the end Paolo seemed to carry the crown with exceptional good looks and friendly personality.
Share |
Posted by Chris De Dier at 2:26 PM 2 comments 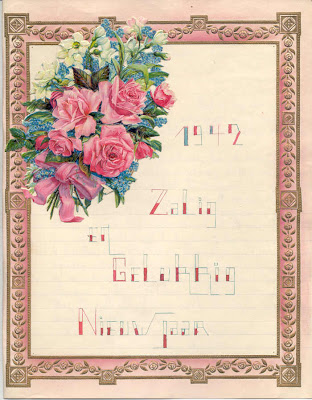 Front page of a bifold New Years' Card from 1942


My aunt Nelly is an avid collector of New Years' Cards. She was the first to realize the importance of preserving a typical Flemish transmitted custom in this age where individual cultures worldwide are fastly eroding due to uniform international commercializing, aka Americanization.

Flanders has a unique tradition that has persisted for several centuries and deserves wider attention because of its educational value as well as firming family bonds. It is the writing of distinct New Years' Cards by young children, reading and offering them to their parents, grandparents on New Year's Day, receiving a gift in return.
The appearance of these cards has evolved, subject to the fashions and ideologies of the time. Nowadays they are mostly bifolded, industrially printed, having lost some of their previous luster. Nevertheless they remain a noteworthy aspect of early education in that region.
Children, age 6 -10, pen in their best handwriting on these highly adorned cards wishes for the new year to their family members. The preparations and writing happen in the schools. The reading and presentation is an intimate family affair.
To learn more about this remarkable custom, the history and the ritual, visit my aunt Nelly's informative website with English version and her blog. 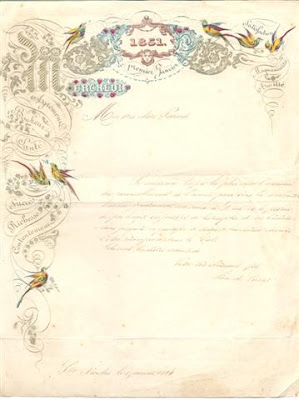 Inspiration for art can be found all around us if we look close enough and pay attention to details, interesting compositions, textures, color combinations. 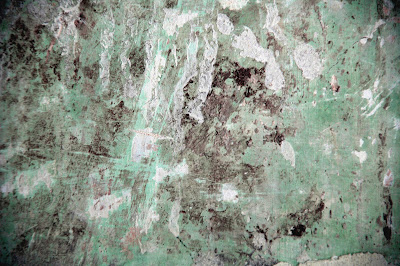 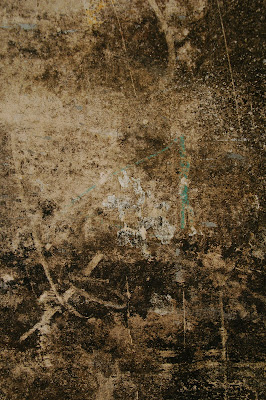 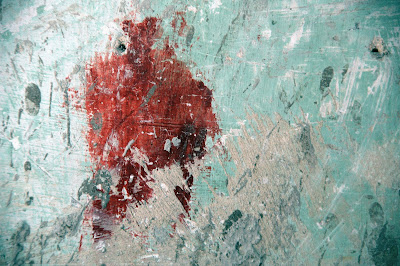