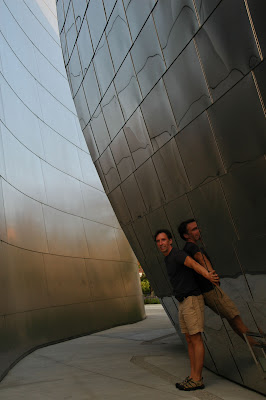 Late last night I returned from a 4 day visit to our good friend David Chun, a very talented accomplished furniture designer, who lives in Santa Monica, CA. Cultural highlights of the trip were the ethnic diversities at nearby Venice Beach, the Dan Flavin Restrospective and The Modern West exhibitions at the LACMA , Frank Gehry's Walt Disney Concert Hall - both in Los Angeles - and The Getty Villa in Malibu.

It was my first visit to the West Coast of the US and I went totally unprepared for the cool temperatures. Despite the shivering, this trip was filled with stimulating experiences that I hope to be able to repeat from time to time, remembering that I will have to pack warmer clothes.

Inevitably I also saw some familiar faces from TV and the screen, but the only one I know by name was Lou Ferrigno, an aging but still Incredible Hulk, who was pumping his biceps right next to us at the famous original Golds' Gym in Venice. 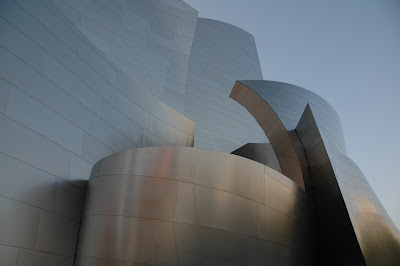 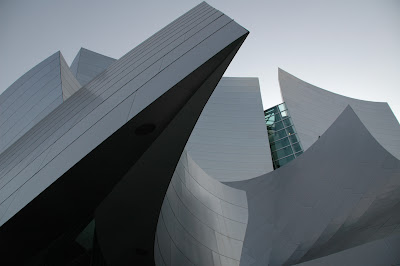 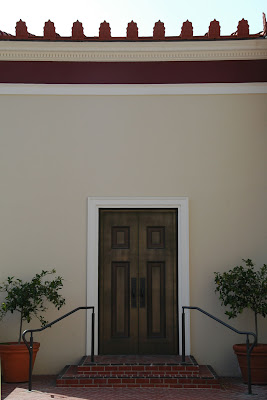 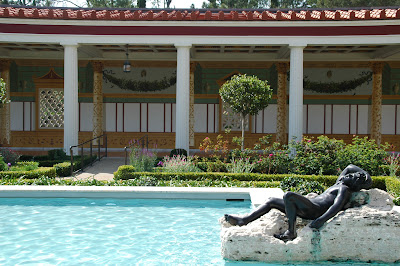 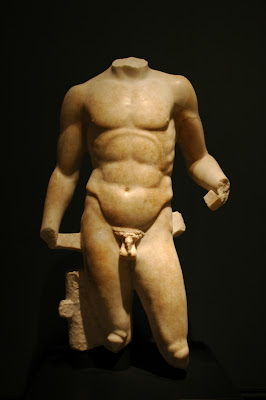 Roman statue at The Getty Villa