Not sure whether it was because of the Christmas week or because Chichen Itza is since July 2007 one of the 7 Wonders of the World and all of a sudden became a household name; tens of thousands and thousands and thousands of people were there. I read in the local newspaper that the site was visited by 1.6 million people last year. They come from all over the world.
It wasn't all too bad yet when we arrived around 11:00AM, though it was noticeably very busy already (during our first visit 4 years ago we were practically alone everywhere except around the Kukulkan pyramid, which could still be climbed then). However by mid afternoon it felt as densely busy as Times Square in NYC on a Saturday evening in Summer. If anything, it gave a sense of how it must have been when the area was heavily populated and this was an important religious center. 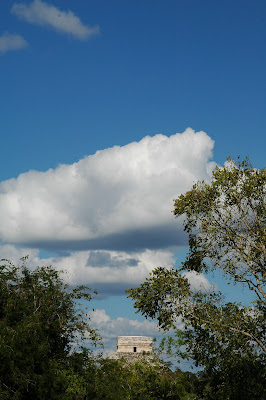 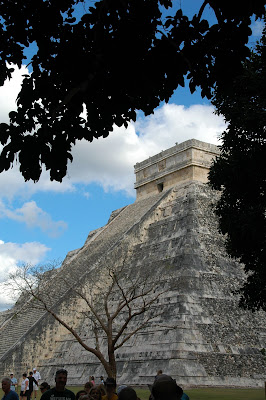 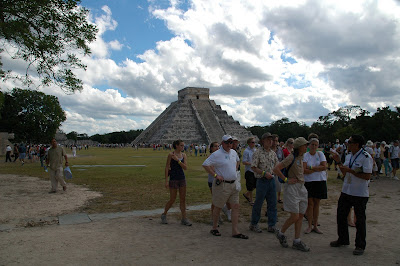 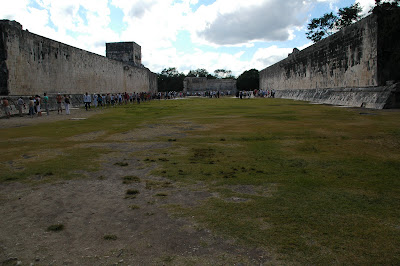 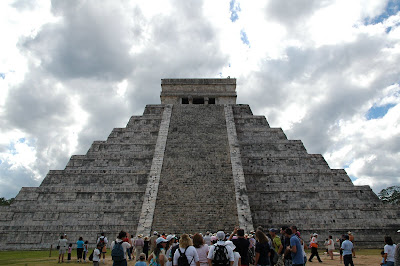 Great to see these pictures today .
it reminds me some wonderful souvenirs